Beltrum Kingdom (べルトラム王国) is one of the major power in the Strahl Region with history span of three generation, it has direct border with the warmongering Proxia Empire on the north, their allies Galarc Kingdom on the east, the isolated Centostella Kingdom on the southeast, unknown wilderness on north west, and the sea at the south.

The current de facto ruler of Beltram Kingdom is the House of Arbor, however the royal family traditionally rules the nation with the help of the noble as their vassals.

The government and bureaucracy of Beltram is managed by the nobles and their knights. These positions are inherited by their families. Beltram is also known to coordinate to remove weaker families from the nobility if they threaten the status quo.

In essence, the nobility discriminates against commoners to the degree of torture, rape and murder. They also collude with each other to destroy noble houses that are gaining merit through talent. This nepotism has allowed corruption to fester within the kingdom and rot it from the inside, and for talented individuals such as Aria, Lucius and Rio to abandon Beltram and either work for foreign entities or actively sabotage Beltram.

The current Royal Family are

Philip Beltram
Cristina's and Flora's father, his appearance wasn't described, between thirty and forty years, total number of wifes between two and infinite, his only appearances in the novel were when he took back from duke Arbor the right to command the royal guard from him as a punisment for allowing Flora's kidnapping, when ordering Rio to assist the royal academy and when treating Flora as a fool for not understanding their necessity of framing Rio.

Beatrice Beltram
Cristina's and Flora's mother, appearance unknown, age unknown, we don't know either if there is some more child besides Cristina and Flora, she was present when Rio was ordered to assist the royal academy but never appeared again.

Christina Beltram
1st princess and first in line for the throne

Loris Beltram
Cristina's and Flora's little sister of a different mother, she's the second wife's daughter and Helmut's grandaughter, she was ordered by Helmut to seduce Rui to make their child the next king and that way replace the royal family with the Arbor family, because Rui was summoned with his girlfriend Akane she doesn't have succes on it, appearance unknown, age unknown,probably youger than Flora, personality unknown.

One of the three duke houses inside Bertram, the leading family of the Hugenot faction, in the conservative side the same as Phillip.

The current known member are:

Gustav Huguenot
Current head of Hugenot family, in his forties, total number of wifes unknown, total number of childen unknown, at least Stead, Stead's little brother and Latifa, his objective is to be the noble with more influence in the Bertram kingdom, he was the one who pressured the royal academy to falsify what happened to Flora as Rio trying to kill her in order to protect his influence in the kingdom, he sent Latifa to kill Rio,by Latifa's words her assassination targets were near the two digits already, later he would have to run away from Bertam's capital falsely acused of being a rebel, I'm personally happy of knowing this guy learnt how it feels being framed and having to run away for your life, he made Flora the leader in name only of the nobles that want to recover Bertram from the Arbor family in order to recover their former positons in the kingdom, while he became the leader on fact, his current objective is to have Hiroaki and Flora as a puppet king and queen with him making all the decisions the same way Helmut wanted to do with Cristina's and Flora's father, he may not want the throne for himself but he still wants every tiny bit of authority and power he can grasp to make the country go in the direction that benefits him the most, when Cristina said in volume 11 that this guy's was the reasonable level of ambition I really wanted to go there and ask her "Reasonable? You sure?", when he met Cristina in volume 13 his first thought was to lament that she isn't as easy of use as Flora, but he still was decided to use her as much as he can and to lead Cristina's decisions with the help of others nobles in the direction he wishes as much as he can, and he was completely decided to use Celia to gain Rio's group for their side one way or another until Cristina warned him that if he recruits them forcefully Rio would become their enemy, the next day after seeing that Rio has a very good relationship with Lizelotte and that doing something to Rio may end wtih Lizelotte retiring her support to Restoration (support that at least for Hugenot is as important or even more as Galarc kingdom's support), displease Galarc's King, endangering their agreement of support, and because of how fearsome is Rio himself that isn't only strong but is very well connected too and can gather a group of demon sword users aroung him, then he begins to wonder if Cristina's warning was she looking at the future, but he still is completely decided in his head to make Rio connected to Restoration one way or another.
Stewart Huguenot
Gustave's first son, Rio's and Cristina's kouhai, Flora's classmate, one of the person that bullied Rio the most and was always bringing other with him to bully him more together, the one that acused Rio of making him crash with Flora making her fall from the cliff, if you want to know about his personality you shoul read Latifa's gaiden.
https://zmunjali.wordpress.com/act-2/
House Rodan

Rodan is a marquiss ranked noble family, the ruler of Rodania's territory where the Restoration set up their base, close acquintance of Duke Huguenot

Dandi Household are a Baron class Noble family that part of the restoration, though they are only a lower nobility that just barely able to be called nobility, they managed to shrewdly engaged their daughter to one of the teleported Japanese

Belmont Household are a Baron class Noble family that part of the restoration, they are only a lower nobility that just barely able to be called nobility, and also approached one of the teleported Japanese while the rest of the nobility busy trying to get closer with Rio and Liselotte

One of three duke houses inside Bertram, the Arbor's faction leading family and a militaristic house.

Their current known member are:

Helmut Arbor
current head of the Arbor family, Charles' father, at least in the middle of his sixties, appearance unknown, his objective was to become someone with more authority than the king himself and to have the royal family as his puppets that do as he says and that way to be at least in fact the one that rules the country, when Cristina's and Flora's grandfather was still the king and was already senile he convinced him of giving him the command of the royal guard and the right to designate its members, by giving important post in the royal guard to other nobles he won for his side the mayority of Bertam's nobles, after Flora's kidnapping Philip took back the right to command the royal guard from him making him lose a great part of his influence, but he didn't gave up, he kept working in order to regain his influence, five years after he recovered enough influence for Philip to need the duke Hugenot's help to stop him from imposing his politics, at that time all the factions were discussing what to do about the Proxia empire in the north of Beltram, Helmut wanted to stenghten the army to opose them but Philip and Hugenot wanted to stay as until now, if it has been known that because of Stead Flora almost dies Hugenot would have lost a part of his influence and he wouldn't have had strenght enough to not let Helmut to take control again of the army to prepare for a future war with the Proxia empire, as Reis' planned, so they framed Rio to protect Hugenot's influence from falling and to not allow Helmut to take for him the power that Hugenot lost, two months before the heroes summoning they pacted with Reis to let him take control of some region of Beltram's north to after that blaming Philip and Hugenot's conservative politics of the defeat againts the Proxia empire and that way take from the them the right to command the royal guard and the national army and using them to put the country under his control, in exchange of that they would break the alliance with Galarc kingdom,what by Reis plan would have allowed the Proxia empire to destroy Bertram kingdom without the Galarc Kingdom being able of hindering them, this is treason no matter how you look at it, he acused falsely all the nobles of Hugenot's faction of being rebels to purge them with that as excuse, forcing them to run away with Flora and the stone that summoned Hiroaki from the capital to the Marquis Rodan territory that borders with the Proxia empire in the north and with the territory of Lizelotte's father in the east, after the hero summoning he changed his objective from having the royal family as his puppets to replace the royal family with his by making his grandaughter Loris to seduce Rui and making their child the next king, but he didn't succed in this because Rui has his girlfriend with him.

Charles Arbor
Helmut's son, the guy that tortured Rio in volume 1 and later lost a duel against him in one hit, Celia's former fiancee, in the middle of his thirties, six wifes, number of children unknown, personality an asshole.

Helmut's youngest daughter
She is married to Philip III as a royal concubine. Her daughter is Loris Beltrum.[5]

Their current known member are

Family famous second only to Fontaine in magic, earl ranked family, considered as neutral family and loyal to the country and royal family, their influence keep rising after their first daughter Celia Claire keep turning great achievement on magic research and invention one after another, the only nice noble family to Rio simply because they are a bunch of nice people.

House Governess a fallen noble family, the only known member are Aria Governess that choose to become adventurer (raise to 1st ranked adventurer) and leaving the country, only to become the grand chamberlain of neighboring country Duke family

House Orgueille, infamous for their member Lucius Orgueille that once become the candidate of King's Sword aside Alfred Emerle, and then founded the strongest mercenary group in Strahl region, The Griffon

Claia (クレイア) is the capital city of House Claire territory where their family mansion located, it is situated on the eastern part of Beltram territory close to Rodania.

Rodania (ロダニア) is the capital city of House Rodan territory, it is located in the border, meeting directly with neighboring country Galwark kingdom, there's a road from here connected straight to Galwark commerce city Almond, Rodania also the base of the resistance group Restoration

King's Sword (王の剣) is the title given to Beltrum kingdom's strongest knight. 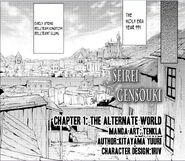 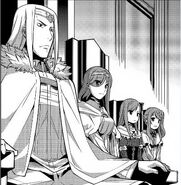 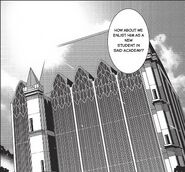 Continent rough Map
Add a photo to this gallery
Retrieved from "https://seirei-gensouki.fandom.com/wiki/Beltram_Kingdom?oldid=1947"
Community content is available under CC-BY-SA unless otherwise noted.